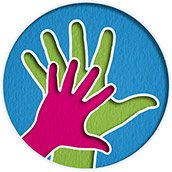 As Head of Sixth Form, David Clarke takes overall responsibility for all aspects of sixth form life, including the curriculum, recruitment, student progress and attainment outcomes.

Jeremy Frost oversees our enrichment programme, the PSHE and work-related learning programme, the Level 3 BTEC courses and the Sixth Form Student Council. In addition, he is the Head of the Drama and Theatre Studies Department.

Stephen Leggott has responsibility for the oversight of all the Sixth Form CIAG that links to the higher education application process. He also works closely with the Deputy Head responsible for our most able and talented provision.

Irayna Owen oversees all student support systems at Comberton Sixth Form. This includes academic support (and exam access arrangements), support for students with special, additional, mental health or medical needs and emotional support. She manages a very experienced team of Teaching Assistants and a counsellor who works exclusively with the sixth form students to meet and support these identified needs.

Eleanor Jenkins oversees the coordination of our programmes to support the most able and talented students (including responsibility for the CIAG provision for both Oxbridge and Early Entry students). She is also the KS5 Subject Leader for Religious Studies and the Pre-U Global Perspectives course.

Sarah Thomas has responsibility for all Sixth Form administration and works closely with the Head and Deputy Heads of Sixth Form to ensure the smooth day-to-day running of the Sixth Form. She oversees the application and offers process along with our reporting cycles and timetables.

Sarah is also responsible for Comberton Village College’s Post-16 transition and works closely with the Y11 teams to facilitate this.

The sixth form administrator supports the Sixth Form Manager and Leadership Team with the administration associated with the successful running of Comberton Sixth Form. They overseas keys aspects of our attendance monitoring, data management and our communications.